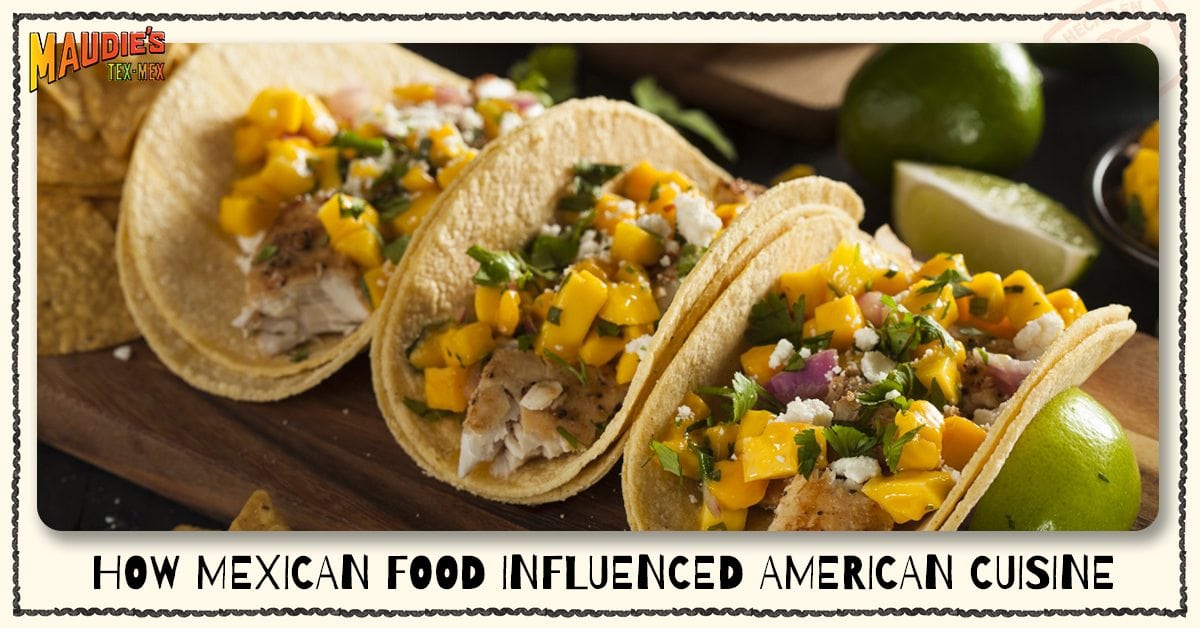 No matter where you’re from, anyone who has watched an old Western can probably attest to the fact that Texas was founded by cowboys and people migrating north from Mexico. It’s not exactly the group of the well-educated, politically minded individuals that played the primary role in claiming independence from Britain and establishing the United States of America as a country. However, our rough-and-tumble beginnings, first as the Republic of Texas and later as as a part of the U.S. gave rise to several valuable things, including an immense level of state pride and one of the most popular cuisine options in the state (if not the country): Tex-Mex. It’s fair to say that America as a whole is an incredible melting pot of cultures and cuisines, the most prevalent of which very well could be Mexican food.

While Texas has a strong reputation for cattle raising that goes back centuries—and, in fact, was one of the primary industries our state was founded upon—our great state is responsible for more than just amazing barbecue. Texas also played a heavy role in another big cultural shift: the spread of Mexican food. When you think about how much immigration and intermingling of cultures has happened with our neighbors to the south, it makes a good deal of sense. The roots of Tex-Mex can be traced back to the time Texas wasn’t a country, let alone a state. Mexican refugees moved north during and after the Mexican Revolution and worked alongside those who had spread west as the United States expanded. As happens in our melting pot of a country, ideas were shared—specifically, ideas about food.

Of course, because of this melding of traditions and cultures on top of different food availability, the traditional foods brought north by Mexican immigrants didn’t stay just as it was. It’s rare that a dish or cuisine will stay the same over time, simply because of different cooking methods or ingredients available, and Tex-Mex is a great example of this. Take, for example, the enchilada. An enchilada in the traditional sense would be made with corn tortillas, chicken or pork, and a tomatillo or chile-based sauce. No cheese, no cream, and no beef—ground beef, especially—because none of these ingredients were readily available. When Mexican immigrants moved north and stopped in Texas, however, things shifted. They brought the concept and the flavors of the enchilada, but the ingredients available in Texas caused a shift. Because of ranching, beef was more readily available, even to those with little money. Likewise, cheese and cream became easier to obtain, which influenced how enchiladas were made. Instead of pork or chicken, they would be made with beef or cheese and, while the sauce was still primarily made from chiles, the addition of cream changed the flavor profile.

Yes, sure, we’ve only touched on the tip of the iceberg that is the differences between authentic Mexican food and Tex-Mex. The huge, whopping caveat here is this: what most Americans know as Mexican food is actually Tex-Mex. Yep, you read that right. Go to a Mexican food restaurant in nearly any part of the country, and most of the entrees on the menu will be heavily influenced by Tex-Mex, rather than Mexican cuisine. As we mentioned above, the move from Mexico to Texas introduced immigrants to an abundance of new ingredients or made less-known foods easier to obtain. It’s in these different ingredients that you can trace the difference. If a dish at a Mexican restaurant contains the following, it’s more Tex-Mex than Mexican:

All of the above were either not available in Mexico or too costly for the average person to obtain, so if you see a dish including some or all of the above, odds are good it’s a Tex-Mex dish.

When we think Mexican food, many jump immediately to Taco Bell or Qdoba. Traditionally Mexican foods like tortillas and salsa have become so widespread that recently, that the sale of salsa has surpassed ketchup, the all-American condiment. For as ubiquitous as Mexican food is now, that’s a pretty recent development, all things considered. While Tex-Mex has been a predominant cuisine in Texas for decades, it didn’t actually spread throughout the rest of the country until after World War II. In the latter half of the 20th century, manufacturers began mass-producing ingredients that have been used in Mexican and Tex-Mex dishes for centuries as a way to introduce new cuisine options to the American population. At one point, tortillas in a can were even a thing! (Yeah, we don’t understand it either).

Fortunately, these days, you don’t have to go very far to enjoy delicious Tex-Mex, especially here in Austin. Experience the authentic flavors of Tex-Mex for yourself with an institution that has been serving the locals for decades. Find a Maudie’s Tex-Mex location near you and come visit us today!