The Origins of Street Tacos 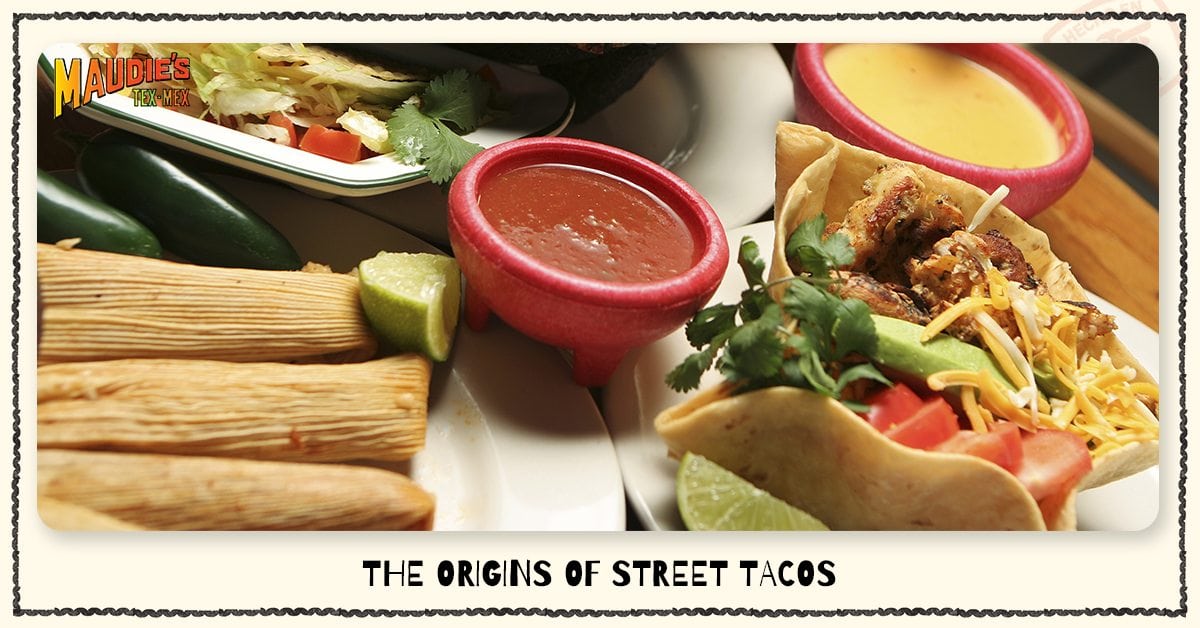 It’s not good to look a gift horse in the mouth, which is why no one has looked into the vast history of the taco. One of the most beautiful things about a taco, and believe us there are many, is the simplicity of the food. Its merits include the absolute deliciousness of it, so no one really put too much thought into their origins until a professor of history from Minnesota who delved into the history of greatest food to grace our taste buds. After all, you have to know where you’ve been to know where you’re going.

It is hypothesized the taco was created in the mid 18th-century. Presumably, Mexican workers in the silver mines in Mexico created them as “taco” is how they referred to the charges they would use to gain access to the silver ore. However, the first actual reference to a taco using the word taco appeared in the 1800s. This specifically referenced taco was called the “taco de minero” or miner’s taco. Thus, the taco was born and go onto to forge a bigger, and better world that it would rule.

Tacos would expand after that, tackling regions at a time and attracting the population with its beautiful simplicity and coordinated combination of exploding flavor. Taquerias began popping up around the towns, mostly in working-class neighborhoods, to provide the masses with more easily acquired tacos. This expansion is attributed to the migration of women to Mexico City because of the light industry. These women brought their taco recipes with them into the city where they traded notes and started making tacos progressively better. This development in the food industry of their main city became somewhat political at times. Because Mexican food, including tacos, was considered to be Native food and not European it was considered lesser in some circles. However, the Mexican nationalists pushed Mexican cuisine as a patriot’s dish and avoided crossover recipes or concoctions that included European elements and Native elements. With all of this in mind, it’s interesting to note that the Mexican cuisine we know of now eventually developed into a melting pot of the two cooking styles because of the Mexican people coming to terms with their mixed routes. Some identified as Natives and others identified as the descendants of the Aztecs and Conquistadors, but they started to meet in the middle about their food choices as the gained unity as a people. Once the taco, probably, unified the people of Mexico, it turned its eye to the North.

The Taco Moves To The U.S 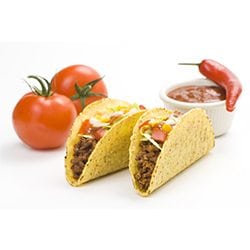 Upon arriving in the United States, the taco quickly associated itself with the Tex-Mex culture. The taco accompanied Mexican migrants that were working on mines and railroads as they entered the U.S. looking for work. Here, it became known as the street taco because Mexican and Tex-Mex cuisine became known as “street food” or lower-class food. In fact, the previously mentioned Chili Queens who are given quite a bit of credit in regard to the origins of Tex-Mex and widespread Mexican cuisine. From the Chili Queens sprouted ideas for tamale push carts that then popped up in Southern California. These foods seemed exotic because of the association of danger that Mexico held, even back then. The Chili Queens and pushcarts offered a safe way to sample that little bit of danger, without actually having to experience it. It was exotic, it was exciting, it was delicious, it was the taco based cuisine personified, blazing a trail through the west like a road runner. This view of the exotic, nearly dangerous nature of Mexican food has carried into the modern day, with many thinking that it’s too exciting or spicy for their delicate taste buds.

Jumping In The Mainstream

Mexican food edged away from its exotic roots as the children of immigrants started rising in society. They were veterans, they’re claiming rights and are becoming citizens and with them, their customs are becoming more familiar to the general populace. The taco begins to alter slightly, looking more like the Tex-Mex version of itself. It consists of melty cheese, iceberg lettuce, tomato, and ground beef now instead of its simple origins. Then Lebanese immigrants start to adjust the recipe of the taco. They adapt their shawarma recipes and instead of lamb on pita bread, try pork in a tortilla and then maybe throw a pineapple in with it. Suddenly tacos al pastor has surfaced alongside tacos arabes, standard Mexican dishes are changing and gaining variety and popularity in a new light.

There was once a man named Glen Bell, who everyone attributed with creating tacos, but if you’ve had real Tex-Mex from a place like Maudie’s, then you know that just can’t be true. However, he is attributed to pioneering the commercial taco. Instead of being pinned down close to the border, or rattling around in little push carts in plazas, the taco now had a true to form a business that could spread easily under its dominion. He started the franchise Taco Bell,  the first business name with the word “taco” in it. Obviously smaller businesses here and there sold tacos, but the word taco was how a non-Mexican would be sold a taco. Thus, this establishment was able to offer Mexican food to other ethnicities around the U.S.

If you’re now craving quality, zesty tacos like we are head over to Maudie’s Tex-Mex and have a margarita with a taco. Besides, would you rather have a nice wine paired with some sort of fish, or would you have the ultimate pairing? Everyone prefers a food that has transcended time and race to come to us 200 years later and make our lives better. Partake in a traditional Tacos Al Pastor or a Carnitas Taco and change your perspective on what food is supposed to be.

Can you believe there’s more history to the success of the taco? Join us next time to learn about the difference between a regular taco, and it’s distinguished brother, the soft shell street taco as well as the final steps of the journey from miners lunch box food to culinary greatness.