The Origins of Tex-Mex 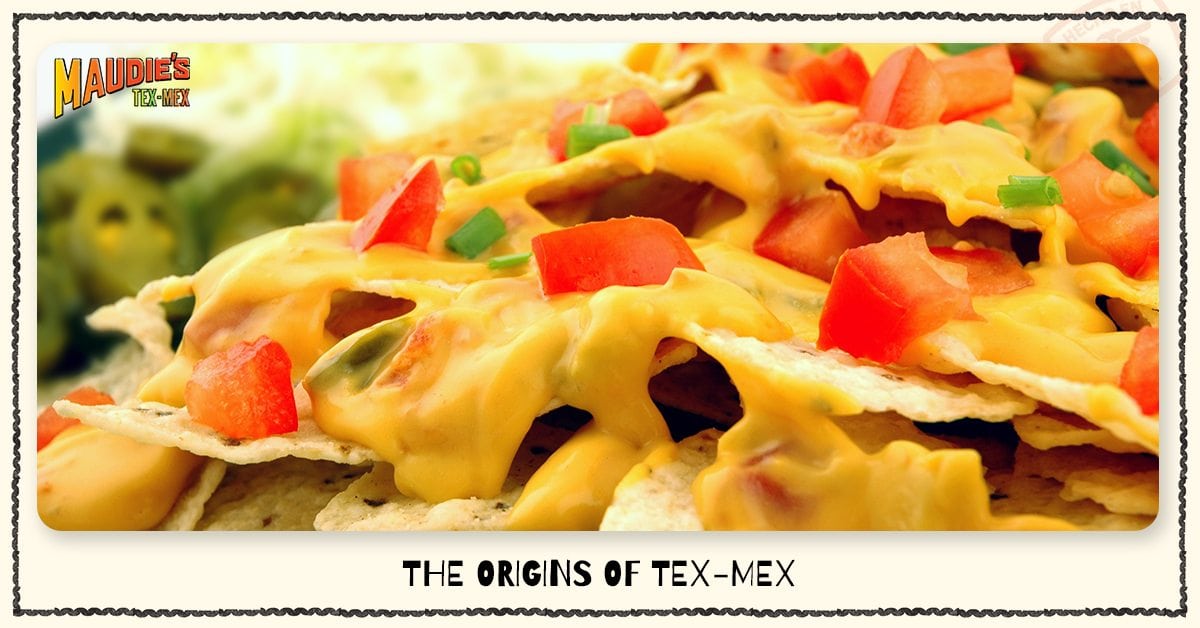 We all know that Tex-Mex is the food group that people have waited for for centuries. It’s both comfort food and healthy, it’s simple and easy to make at home, and it’s delicious. We’d even go so far as to say nothing tastes quite like Tex-Mex—it’s spicy, it’s exciting, it’s enthralling. And yet, Tex-Mex has struggled to be regarded as a respected regional cuisine. Most people think of Tex-Mex as some sort of rip off of traditional Mexican food. This is a false assessment, however, as no one states that everyone who came after The Smiths ripped them off, even if they did. Tex-Mex is original, known for its roots in Native American and Spanish influences, and it’s marked by much more than a single influencing factor.

The Native American roots of the cuisine are certainly something of note, as it’s one of the truly unique factors. As you may have guessed, Native Americans existed in the area where Texas is now for thousands of years. The first European settlers arrived in the early 1500s, and they stuck a flag in the ground to name the region a Spanish colony. Texas and Mexico were both part of a specific colony by the name of “New Spain.” In fact, the heavy use of cumin in Tex-Mex compared to Mexican is attributed to the Spanish roots of the cuisine. This is because of the Spanish bringing Moroccan workers to the San Antonio region, who brought an appreciation for cumin with them. Texas and Mexico remained linked in this same fashion until 1821, then they separated from Spain, and Texas won its independence from their union in 1845. Throughout their union and the years following, Tex-Mex was created and started to become the landmark cuisine that it is today.

It was first created by the Tejanos occupying post-independence Texas. The people that went by this name were the individuals of Mexican descent still living in Texas. The name is derivative of the nickname Texans gave them, “Tex-Mex”, which would go on to encompass the entire cuisine that they crafted.

The Food Innovations From Mexican Food

The Chili Queens lived in San Antonio in the 1880s and were known far and wide for their affordable, delicious food. They’d serve you a bowl of chili con carne with bread and water for a dime in the city plaza. And thus began widespread Tex-Mex success. The cuisine was capable of drawing tourists and locals like flies to honey—they all wanted a taste of the completely unique food. One of these tourists was a German man who had recently moved into the San Antonio area and  was struck by the simplicity of the recipes and decadent results. He was inspired and created his own brand of chili powder by the name of Gebhardt Eagle Chili Powder. It consisted of ground ancho chilies, cumin, oregano, and black pepper, and made Tex-Mex accessible in-home to the citizens of Texas.

Then came the combo plate, a beloved Tex-Mex standard. A man in Chicago started selling an entree alongside beans and rice; he called it “the regular”. Texas, of course, expanded on this principle and started offering sour cream, melted cheese, and guacamole on the side of their plates to add to and compliment the flavors already present. You’ll notice a similar menu item at Maudie’s Tex-Mex called “Regular Dinner” that includes a delicious beef taco, cheese enchiladas with chile con carne, diced onions, and that old familiar rice and beans.

Everyone’s favorite part of Tex-Mex, the nachos have a debatable origin story. According to some, a gaggle of military wives from Eagle Pass took a day trip to Coahuila in Mexico. They stopped at the old El Moderno (depending on the source, the place where this happened differs), where they were greeted by Ignacio Anaya, nicknamed “Nacho”. Since there was no one in the kitchen, Nacho decided to throw together a plate of corn chips topped with melted cheese and jalapeno. Obviously, the military wives were amazed at the result and started spreading the word about the amazing concoction which they dubbed “Nacho’s Especial.”

Although the origins of these stay holds of Tex-Mex have been firmly established, people around the United States still regard things like chile con carne and nachos as just plain Mexican food. This changed in the 70s when Diana Kennedy turned Tex-Mex into its own, distinctive cuisine. She drew a line in the sand in her cookbook between Mexican food and Tex-Mex. Although many were insulted by the way she described Tex-Mex at the time, she is regarded as the one who chose to differentiate the two cuisines. 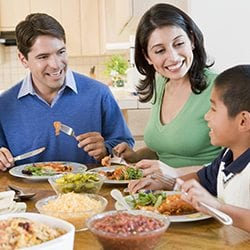 If you’re interested in partaking in authentic Tex-Mex cuisine, then you need Maudie’s Tex-Mex. Our plates are carefully crafted to stay true to our origins while enhancing the flavors and tastes we’re all so familiar with. Try our delicious fajitas or unparalleled taco plates that will surely satisfy your hunger and your expectations. Or give some of our incredible takes on the traditional Nachos Especial, including our fajita nachos and our Nachos Supreme with savory beans, melted, gooey cheese, and chunky fresh guacamole.

After all, when you’re eating Tex-Mex, it’s not just food—it’s a slice of Texas history. You’re partaking in a unique Texas forged food full of the same amount of individuality as Texas itself. Come and celebrate food and our richly furnished home state.